How to identify wear patterns of sprockets and segments?

Sprockets and segments should always match the pitch of the chain.If the sprocket or segment is worn, the point of the gear ring will become pointed.This is because there is an interaction between the needle and the bushing.Another common form of sprocket and segment wear is lateral wear.This is caused by (among other things) worn chain rails, twisted landing gear, or poor front wheel guidance.It can also be caused by hard material filtering between bushings and gears, or incorrect alignment.To reduce wear caused by soil infiltration (stuffing), we made sand pits on the sprockets. Sometimes the machine sprockets or segments are sharp, but the track connections seem to be in reasonable condition.We are often asked if we still need to change the sprockets.The only reason the sprocket gets pointed is because the chain pitch has increased.Increased pitch creates more clearance between pin and bushing.As a result, the chain bushing no longer aligns with the hollow part of the sprocket.This causes the sprocket to wear and the point to become sharp.So never just change the sprocket.If it is necessary to replace the sprocket of an excavator with a dry chain, the track connecting rod should always be replaced and vice versa. Because bulldozers do a lot of moving work, they need oil to lubricate the chain with segments.Segment wear usually occurs in the cup body between segment points.Only when the oil lubrication chain leaks will the pitch increase and the points of the segments become sharp.If the oil-lubricated chain does not leak, it is best to replace the section before the end of the cycle;That'll give the gear a few hundred more hours. 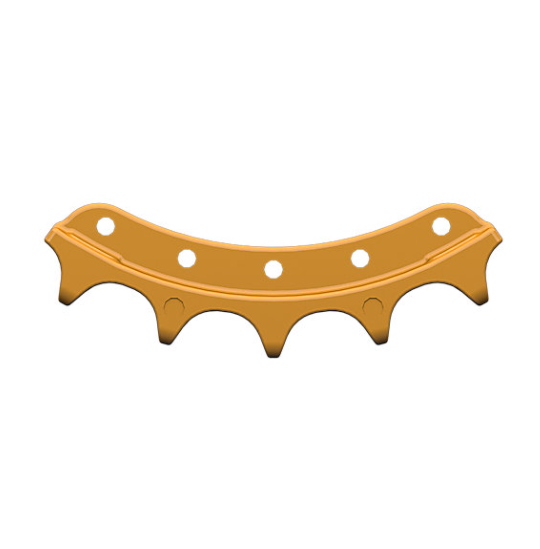